With the help of advanced 3D and voice technology, we created a virtual copy of Tre Kronors head coach Rikard Grönborg. The clone was the first of its kind in the world.

In the show "Grönborg Live" on YouTube, Rikard Grönborg as the world’s first virtual sports anchor, began his marathon broadcast of a total of 408 hours.

He reported around the clock during the whole Ice Hockey World Championships. Using artificial intelligence and statistics the clone learned to make its own conclusions and predictions.

Rikards motion patterns and voice was analyzed to create a vertical clone that sounds, looks, and moves like the original. And the result speaks for itself. 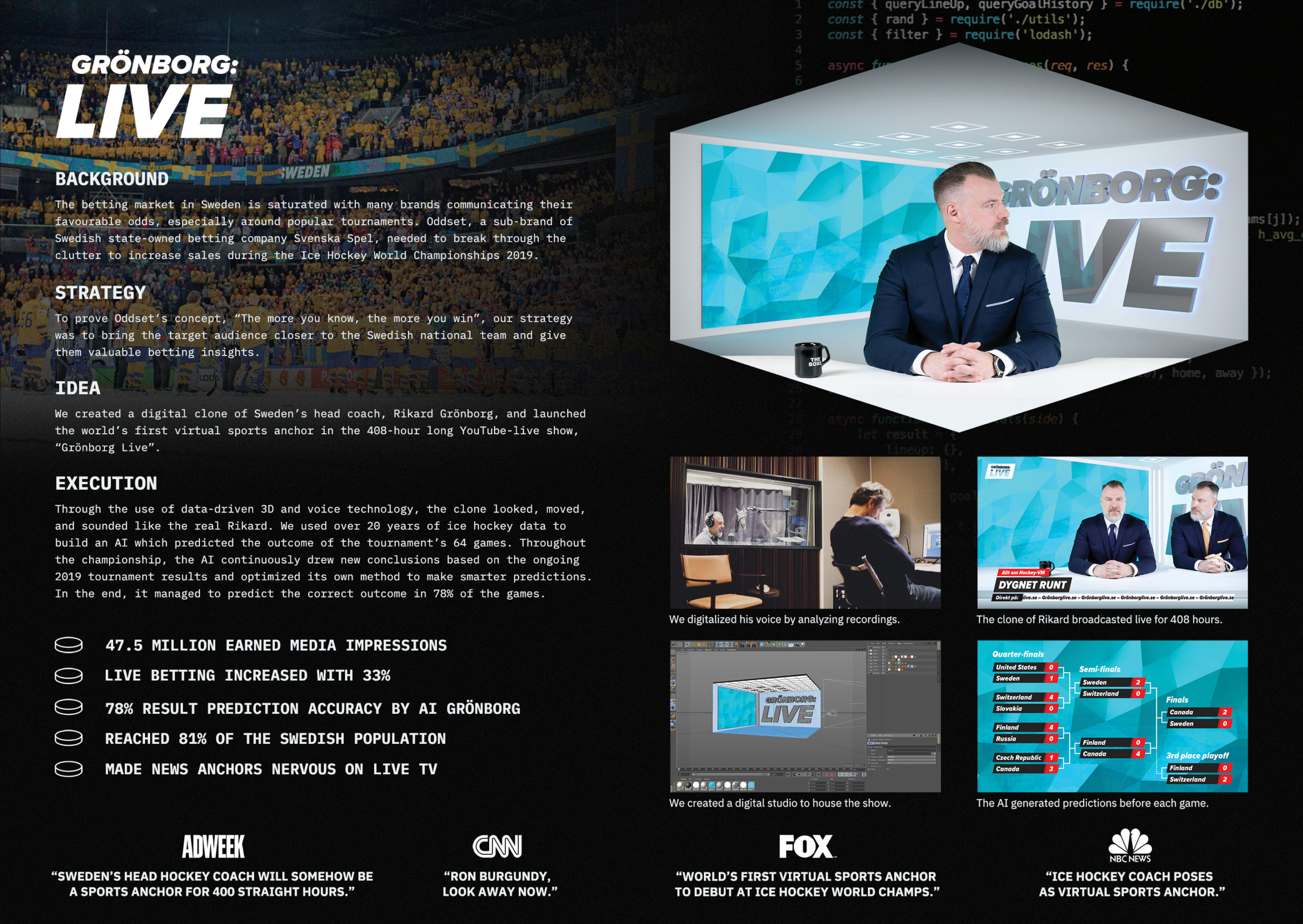